the faces in the throw 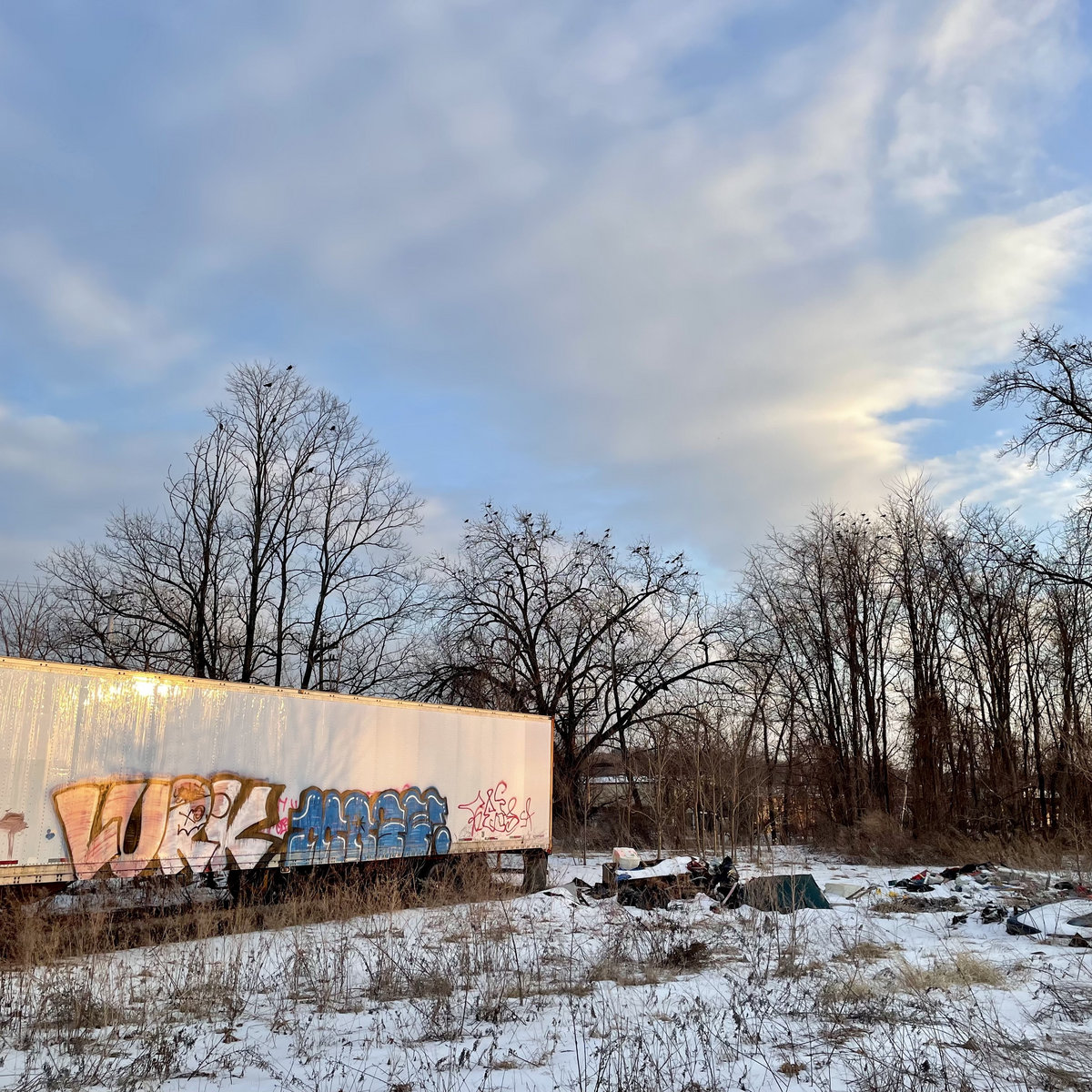 My Big Breakthe faces in the throw

today's track is very likely the most aggressive collection of sounds I've put together on these thursdays, run through a cheap cassette tape. but it kinda goes.

playing my first "ben seretan" gig in a few months next thursday the 17th, and the first ever "ben seretan" gig in the city I've been living in for almost two years (how?). happening at no fun, which is also the bar I work at now, 275 river street. would love to see you there, it's free, vax req, okay!

That morning my eyes felt booked up, oversaturated, filled to the brim. I couldn't take any more light in. A brilliant winter sun had glinted off of every frozen surface on the winding drive over, every tree a wobbly disco ball. And in a spirit of camaraderie and generosity the night before, glowing euphorically from an intoxicating night of public karaoke, I had allowed myself to have, I think, three drinks, which is well beyond my upper limit these days. Just a little hungover, my voice just a little lost, squinting the whole drive over.

I wanted darkness. I wanted to not look at anything in particular, or maybe I wanted to have the decision of what to look at to be made for me. I wanted someone to say, here is a darkened room - whether or not you close your eyes doesn't make a difference, it's all the same impossibly heavy curtain of night. You can't focus on something even if you tried. I wanted quiet, too. A lack of input, a void free from content, a blank spot in my dazzlingly varied experience of consciousness that day.

So we walked through the snaking corridors beyond the doorway on the left, keeping our hand just in front of us on the railing. The space grew darker and darker with each turn of the corridor, and when our footsteps echoed a little longer I knew we had emerged into the larger main room. We groped along looking for the chairs within and plopped down in the seats. And then, nothing. A dark more profound than closed eyes can give you. I blinked, no difference, I slowly covered each eye with a methodical palm and could not see it moving. I could hear both of us breathing, our bodies settling into the chairs, the fabric of our clothing moving against itself.

Feeling, maybe, a little spooked, we started talking about what it was that we were actually seeing. Deep, dark, nothing, yes, but either behind it or above it, as if superimposed, currents of electric purple, patterns blooming as if oil in water, ripples, tides, fractals zooming in and zooming out. A deeply kinetic visual landscape happening at the exact surface of the lenses of our eyes. The machinery felt exposed, it was as if we could see the rods and cones themselves, reflected against the nothing of the dark.

It felt eerily similar to this: when I used to work at a fancy movie theater, every so often we would have to do some kind of maintenance behind the enormous screen. A speaker cone would need replacing or something would need to be tightened, and in order to do that a bright light would have to be turned on between the screen and the rear wall of the theater. This light would expose the otherwise totally hidden mechanical structure of the screen - the hidden bank of speakers, the structural supports, the brick of the wall itself. And sometimes I would have to wait backstage for the movies to end, where through the back of the tiny holes in the screen itself I could make out the people in the audience. I could see them but they could not see me. These moments felt like - something we were not intended to see, the actual seams of life on Earth. A glimpse behind the veil, a little dizzying.

The chosen darkness showed us the bricks, the structure of how our eyes work, the faces in the throw.

After about 15 minutes we heard a voice calling us from outside, it was time to leave the dark. We found our way to the handrail and snaked back through the hallway, the natural and artificial light from outside gradually hitting our eyeballs. When we reemerged, the man with the clipboard asked us what we saw. We tried to tell him, with the words not really on our tongues. He said that some people see it and some people never see it, a small white disk at the back of the room, fourteen feet from where we sat.

He knows the darkness, he said. He's worked here a long time and he's walked through that room many times, he's seen it with the lights on after hours. Doesn't scare him at all. Or at least it never used to. That was, until he went into another exhibit a little while back and was met with terrifying shadows thrown across the walls, spotlights racing on aluminum tracks throwing the image of ships all the way across the room. He made it four steps into the shadows and began to panic, his whole body contorting, he had to turn right around and get out of there. Hasn't been the same since, he said. Now he needs a flashlight, and his boss makes sure he never has to go into that room. Two tours of duty, he tells us. I was in Vietnam when I was just a kid, he says, and then I went over to Iraq. I've done my tours of duty, he said. I didn't know that those things were still with me. We nodded. It's been a long time, I never had any problems. But those shadows flying on the wall, I can't even tell you what is in that room, he said. I'll never go in there, I can't. Some things stay with you, he told us. You should see it, though. Hope you have a nice day, enjoy your visit. Next time you can come back and you can see the light.

But what about you? What do you see at the surface? Are you getting a glimpse beyond the veil? Are you sitting in the dark?

You just read issue #107 of My Big Break. You can also browse the full archives of this newsletter.