snag a flash of it 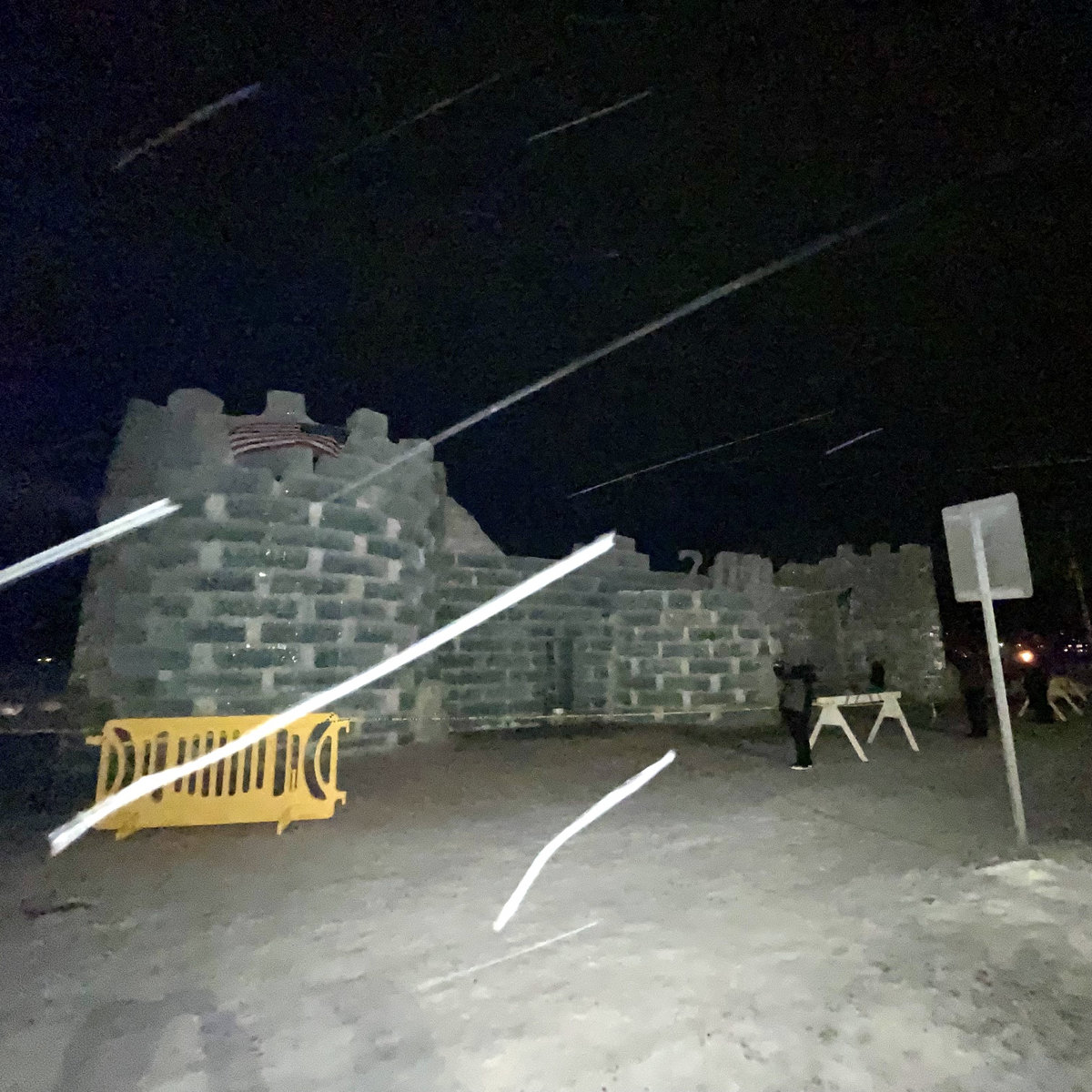 My Big Breaksnag a flash of it

today's track is wildly hard fought, took me all day to wrangle into place. none of my usual tricks worked, i had to just let it simmer down.

i am playing in troy, new york tonight! it feels a little like "the first gig back" even though that's not really the case. but it is my first gig in town since moving here and i am excited to make my little sounds and sing my little songs for you. come join us - - no fun, 275 river street, troy, ny.

On Friday we left the country, we drove all the way to the end of 87 and handed our vaccine cards to the woman in the window, hardly stopping the car. A quick glance at our documents and a couple of questions, that was it. Into Canada, signs and most radio stations in French, speed measured in kilometers, onward and northward. We had big plans, hotel reservations and tickets to a concert and a table waiting for us at a Thai place that won restaurant of the year in 2021. We dressed up - she in multiple layers of mesh with neon eyeliner, me in a knee-length leopard-print coat - and strolled over to dinner in what turned out to be a grueling, overly long, and freezing cold walk. We got there a little late, as hungry as I've been in forever, and sat down at our little table in the back.

Ultimately it doesn't matter that the meal was fucking incredible, every bite just wildly delicious, that we sat there for two hours, or that pretty out of character for me lately I ordered a cocktail, sprig of lemongrass delightfully poking up over the ice. It doesn't matter that the coconut and pandan ice cream made my girlfriend loudly squeal with delight, tears in her eyes. And it also doesn't matter that when we got over to the venue it took us a while to put it all together - the steps hadn't been shoveled, the lights seemed to be off, oh hang on, it says a totally different date on the ticket. It doesn't matter that no one had communicated to us in any specific way that the show had been rescheduled, or that we walked back to the hotel in the cold and ate the chocolates my mom sent us for Valentine's Day in the king bed while watching the Winter Olympics, or that I was so filled with an electric joie de vivre that I couldn't get to sleep until deep into the night. All of that doesn't really matter because, in the moment we sat down, we felt very certainly that there is in fact pleasure and joy in the world and we were about to snag a flash of it, a little firebug rattling in a jar. That's the thing that counts.

On Saturday we walked another seven miles through the city. We saw some art, then a giant mural of Leonard Cohen. We continued eating every 45 minutes or so, vegan croissants with actual flake and a Korean corn dog and a taro bun in the shape of a hedgehog. When we realized we were too late to go to the Biodome and say hi to the capybaras we simply left the country with a bag of bagels. That night we joined an Adirondack winter festival and trespassed on a palace made of ice but, being a little partied out, we mostly read someone else's books by a wood-burning stove.

On Sunday I agreed that snowshoeing might possibly be fun, so we piled in the Subarau and headed to the beautifully maintained cross country ski trail. Which was lovely, the sun was bright and the air was crisp and it felt good to exert ourselves a little bit. But no one in our little intrepid party expected the logger's loop trail to be quite so long, nor were there any real indications at the trailhead, which is how I ended up walking six miles with aluminum spikes strapped to my boots. The tops of my feet ached in a way I had never felt before, and that night I slept deep and long.

On Monday night I picked up a shift at the bar hoping that the holiday might make some people want to buy some beers from me. I was half right, a very slow night, but some people wanted some beers. Mostly the normal small talk - when it's slow people especially want to be entertained or at least ask you where you're from. I'm happy to oblige. One guy - with a beautiful Castillian accent - told me to invest in crypto and kept showing me flyers for various psy-trance raves happening in the area. I told a pair of friends when they were leaving that they should come by my show this week and they hit me with an excuse I've never heard before: oh, I'd love to, but I have tickets to see John Mayer that night. Well, I hope it isn't postponed at the last minute.

On Tuesday I had another shift at the bar, this time checking tickets, IDs, and vaccination status for a show happening in the venue featuring a popular band with some connections to the area. I personally handled a hundred plus driver's licenses, I grazed countless inner wrists while strapping on wristbands, a surprisingly delicate act. One of our regulars partied too hard and vomited all over the sidewalk just before the popular band finished their set. We got him and the front of the bar cleaned up just as the encore wrapped, lights up. A number of people told me, while I shined a black light on their documents, that they loved my music.

On Wednesday as I finished one gig my friend offered me another. Hey Ben, she said, are you free right now and would you like to make $100? The answer to that question is rarely no. So I picked up a stranger from my local airport and took him where he needed to go. The conversation in my car was similar to many conversations I've now had working at a bar - where you from, what do you like to eat in particular cities, are you traveling anywhere cool soon? How novel pleasant small talk still feels to me. And then, on the way home, my friend called me again - are you behind me right now? I read her own bumper stickers back to her. Wow, of all the people I could be behind in this world of shifting sand, I am behind you right now.

But what about you? Have you crossed any borders lately? Where did you grow up? What do you like to eat in particular towns?

You just read issue #108 of My Big Break. You can also browse the full archives of this newsletter.