perhaps my party boy days are truly over

a gentle slapper - tone zones - rumbling in the rain - gig/class report - what is music?

My Big Breakperhaps my party boy days are truly over 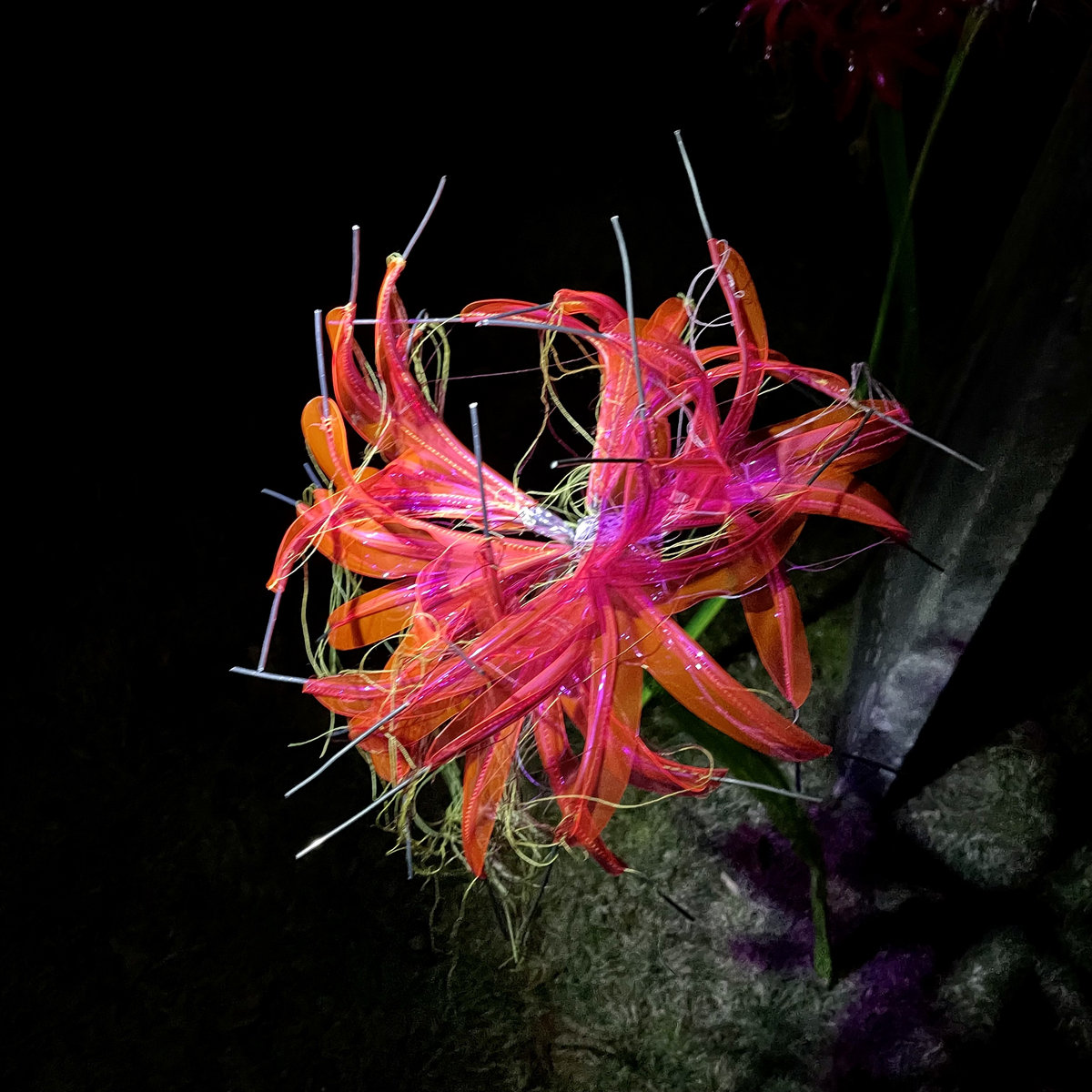 today's track is a super goofy low-key banger, wish I let myself make music like this starting many years ago

personal tone zones - please note, if you're interested in commissioning one of these (particularly as a holiday gift) now would be the time! I'm going to be out of the country for most of December and will have limited access to zone making tools, okay thank you

and keep an eye out for a party happening in Catskill on the night before new year's eve...that's right, the new year's eve eve party is returning...

On Saturday night my car's battery slowly died while we were inside applauding for every description of every dish of every course. So when we went to head home at an arguably reasonable hour we instead had to try and jump it and when that failed we sat as close as possible to the old church's iron fireplace and chatted with the two last partiers and waited for our phone call while we tried not to fall asleep. The man in his truck eventually arrived and got the engine going so we tooted home, finally asleep at 4am.

The next morning I woke up early feeling very optimistic about my chances at the local discount tire shop (phone call: "yup we're open no one here yet bring 'er on in") so I threw on my clothes from the day before and went to start the car. Naturally it refused to turn over and though a fella smoking cigarettes in basketball shorts offered up one of the three or so acts of neighborly care I have ever experienced living in this apartment in providing another battery to jump from, still nothing. Had to wait for another truck to come, took forever, queue filled up at the discount tire store. The thing was - I couldn't turn the car off for fear that it wouldn't turn back on again and the shop was outta places to put the car, so I stood next to it as it rumbled in the rain, alternately typing on and wiping off my screen, trying to put my lecture for noon the next day together.

All of that and a much needed nap and a steadily accumulating storm meant that I was late to my buddy's house in Brooklyn that night - rolled in at 10pm and missed the dance music thing I wanted to participate in entirely, perhaps my party boy days are truly over. Instead we sat around the kitchen table drinking lemon ginger tea for a few hours and watching YouTube videos that attempted to explain to us the particulars of that thing where you put a bunch of metronomes at different tempos on a skateboard and then they all line up, click clack click clack. While he and I hung out his partner listened to her album-in-progress on some headphones across the room and kept giggling and gasping every time she heard something she liked, seems like she's really stoked on her work.

The next morning I rolled off the couch and had coffee as everyone who slept in the apartment that night rotated through the kitchen. The car did in fact start and I left it parked with what seemed like only a minimal chance of being towed outside the bar I'd be playing at that night. Then I inhaled a vegan scramble and boarded the train.

The professor who invited me to speak at his class on digital animation met me at the bizarrely anonymous Blank Street Coffee (I felt like I could taste the venture capital funding in my americano). Speaking briefly in the shop I realized that it's no longer a big deal whether or not you have met somebody IRL or not - speaking to them one-on-one via zoom is in many ways more intimate than just saying what's up at a bar.

I found that I was nervous for my lecture - I fumbled with the guest registration iPad in the lobby of the animation building and as we rode the tiny, slow elevator up to the 11th floor I felt tight and closed off in my mandatory K95. But both sessions of the class were easy - I enjoyed showing them some of my video work and they responded thoughtfully to my prompts and my questions.

"if we're all super quiet right now, what can we hear?"

"has anyone here ever heard of an anechoic chamber?"

While I spoke - trying to project to the back of the room and overusing my hands - the professor googled relevant images on the class projector, so that when I mentioned the Indian tanpura a picture appeared, and when an excellent question from a student led me to talk about the Thai Elephant Orchestra, he had a clip of them rocking out ready to go. Both sets of 75 minutes went by quickly, and on my break I enjoyed walked by a building where my grandma used to steam and fold linen many decades ago.

Class wrapped I headed to the gig which was taking place at a dark, cozy bar near the floor I crashed on when I first moved to NYC in 2010. It was one of my favorite types of shows - very low pressure, no ticket sales, no real stage, free to attend, early, weeknight, donations encouraged, unlimited seltzers and bitters from the bar for those performing music. Though I do wish we could play music to a crowd more often without having to also help sell beers, this situation was different - I didn't feel hurried or pressured in any way. The music happened easily and according to its own schedule - I felt it running out of me like tree sap and imagined it bubbling in a cauldron while the jazz combo played.

Talking to people felt easy, too, lots of hugs - something I didn't expect, particularly after that afternoon's challenge of engaging with 19-year-olds. I am so tired of assuming that I will be unwanted or irritating in a space, where is that person I remember being who felt he could light up a room? That was the party boy.

Another person I knew from the Internet was there, our first handshake. He's sort of known for saying things like, "music? can't help but love it!" online and I was amused to hear him earnestly drop a few nuggets like that in conversation. Near the end of the hang he said something along the lines of, "I have to say - this was a pretty chill vibe and I'm really happy I got to be here" and I was amazed at how profoundly I agreed with him - it WAS a pretty chill vibe, wasn't it?

But what about you? What sounds can you hear in the space you're occupying right now? Do you think music is chill? Are you still a party boy?

You just read issue #144 of My Big Break. You can also browse the full archives of this newsletter.