I am simply riding the faders

My Big BreakI am simply riding the faders 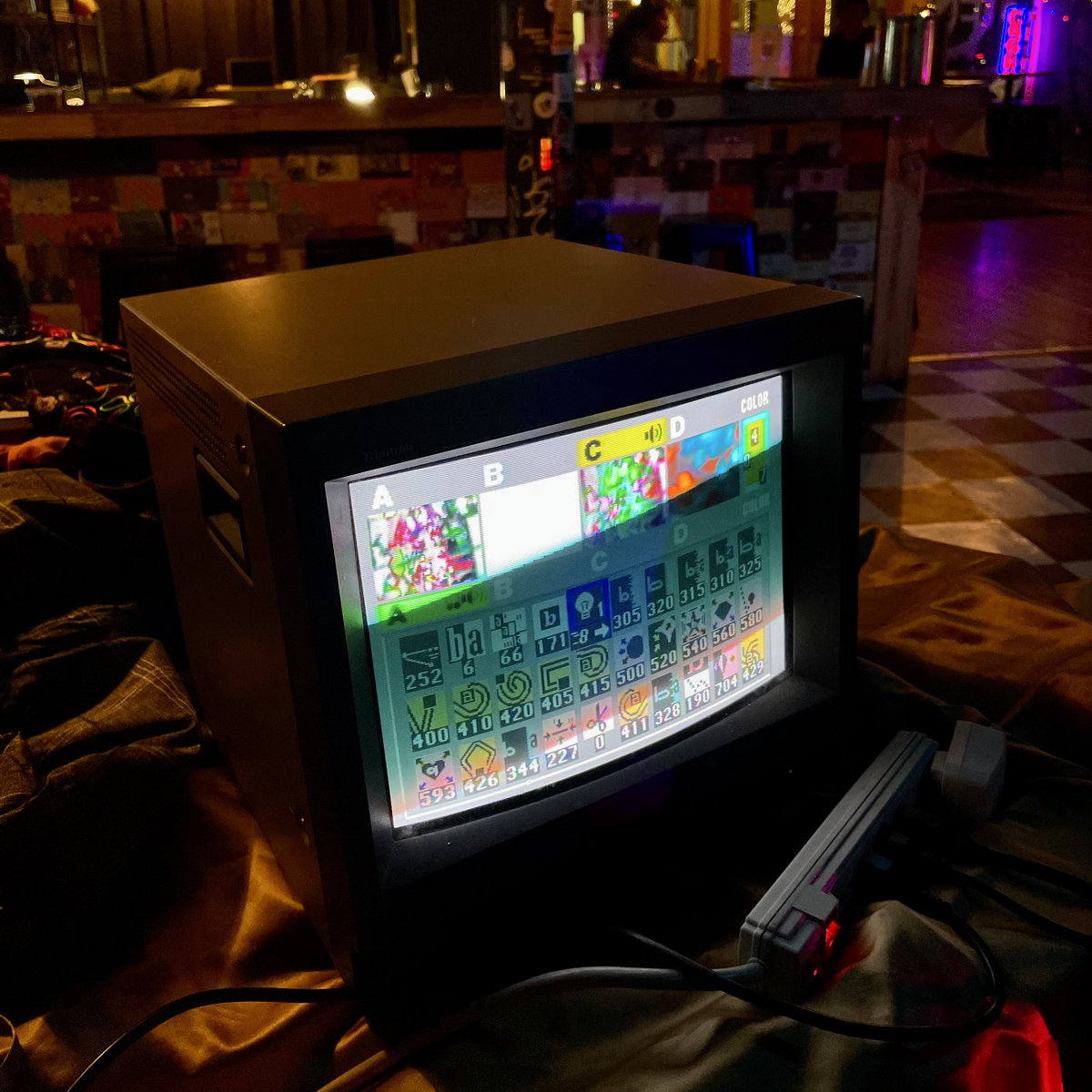 see you at the Iggy Pop tribute show at No Fun on Saturday? I have to go learn one of his songs right after I send this email.

big news this week is that on Sunday I'm flying to Vienna because my sweetie the sculptor Gracelee Lawrence has her third solo show this year opening a week from today and I'm gonna provide some music at the reception (never did manage to book any other euro gigs but if you're out there and want to bask in my delay pedals, hmu). I made a fun flyer for the show, see below:

I more or less lied about it when they asked me if I knew how to run sound. The bar and stage were still under construction, sawdust everywhere, and I was really excited that a new music venue was about to open in spitting distance from my apartment. I brought a few LP copies from my back catalog to the interview, trying to win points. Shook hands with the owner and the booker and they ran down my resume. Yes, I am familiar with how music venues operate. Yes, I am food safety certified in New York State. Yes, I have had to kick people out of establishments before. And then they said "do you know how to run sound" and I said, as I recall, "I could run sound" which was only very nearly untrue.

I knew about sound, certainly, but I had yet to learn more specifically what running sound actually entails - there's more to it than you'd think. I had also never even touched a digital mixing board, which is exclusively what they'd be using at the bar once it was done being built out. But they didn't know that, so they hired me on and - despite never meaning to do it professionally - I quickly became a sound guy.

The first few gigs I worked were rough. In fact, the first gig I mixed by myself was my own - a family emergency made it such that I was the only one around who even knew how to turn the board on, so I pulled a sloppy double duty, flop sweating all the while. I'm confident enough now to admit that that gig sounded weird because I forgot entirely to turn on the subwoofers. I have put microphones up backwards. I have caused ear splitting feedback. And I have bumbled through many a not-that-good sounding set. But I know what music is supposed to sound like and I've played in venues for the last 15 years, so under the dedicated tutelage of my coworker at the bar I've gotten passably okay at making things sound good enough. One time someone tipped me twenty dollars cash after a hip hop show - this music means a lot to me, he said, slapping the bill in my hand, thank you for making it feel good in there. And then a little while later I picked up work at another venue based on the quality of my mixes at the bar by my house, then another, and another. So though I still often feel like I am faking it, I must have learned something at some point.

It's been mostly a really fun year, if not a particularly profitable way of life. Getting paid to play with microphones and hang out with other musicians at different bars a few nights of the week opened my world up at a time when I desperately craved friends, collaborators, any form of an embodied community. I am deeply, bashfully delighted every time a band shouts me out and gets the audience to give me a little acknowledgment applause. I've seen a lot of great performers that I probably wouldn't have checked out otherwise. I've also seen a lot of terrible bands. And while I wish that certain folks would think more seriously about the privilege of taking up space with their guitars, I do love when people get up there and take a big swing and just whiff it completely. I look up to them. I see the whole wacky enterprise of playing music from a more generous angle now that I've been behind the desk for a year.

But "sound guy" is such a weird position to occupy. For one thing, I make sure never to refer to myself that way - it's just one of a million little micro aggressions that continue to discourage non-guy people from working in music and I much prefer to use the more inclusive phrase "sound tech." But people call me "the sound guy" all the time and they persistently project an off-kilter, macho, audio tribalism onto me. People (primarily older white guys, I'm sorry to say) will walk right up to me while I'm doing something in the mixing booth and start talking shop, a male challenge. I'm always tempted to say something like "Please shut up - I'm not like you, I don't even enjoy IPAs." Never have I felt less comfortable in my expressed or read gender than in my role running sound.

The most interesting aspect of this type of work, though, is how so little of a successful gig has to do with a super dialed-in mix. If I were simply a coldblooded audio technician that got every little sound perfectly nestled to where it needs to be for total high fidelity clarity but I treated everyone like an asshole, the gig would simply stink. The bands would have a bad time, the audience would pick up on that, the bartenders would therefore sell fewer drinks, etc. If I did a C+ job of getting everyone's stage monitors set up properly but I made the performers feel seen, comfortable, and collaborated with, then the gig would be fun. It really is that simple. Working sound at a venue - particular at venues where it's entirely possible that only five people will come out - is maybe 70% the generation of good vibes and 30% actual knowhow. All the things that usually make your interactions with humans more rewarding - eye contact, remembering names, cracking appropriate little jokes, providing thoughtful and intentional responses to their art - are way more important than knowing how to properly EQ an electric bass. Though I've learned a lot about PA systems, the biggest lesson continues to be that projecting a kind, assured confidence into a space is the best way to enrich the lives of others.

There are other important responsibilities, too, like choosing the recorded music that plays in-between sets, or determining how long the bands should play and in which order. These are heavy considerations, ones that drastically influence the overall vibe of an evening. I take them seriously and try my best to be ethical - touring act must be in the middle of the two locals, if there's too much dude energy in the room, put on Kate Bush at the set break.

Am I slowly becoming the surly stereotype? A washed-up local scene old-timer who never made good on his dreams? Nobody likes their jobs all the time and on my grumpier nights these are my fears. I hope to remain chipper, friendly, goofy, and passably skilled in this line of work I've fallen into. I do not wish to be "the sound guy." Be gone from my booth ye with mix notes! I am not one of you. I am simply riding the faders.

But what about you? Are your low-mids muddy? Are you whiffing it entirely? Are you ushering in good vibes in every room you enter?

You just read issue #145 of My Big Break. You can also browse the full archives of this newsletter.