heaven is a void between load screens

(click the link / power lines at dusk to listen) 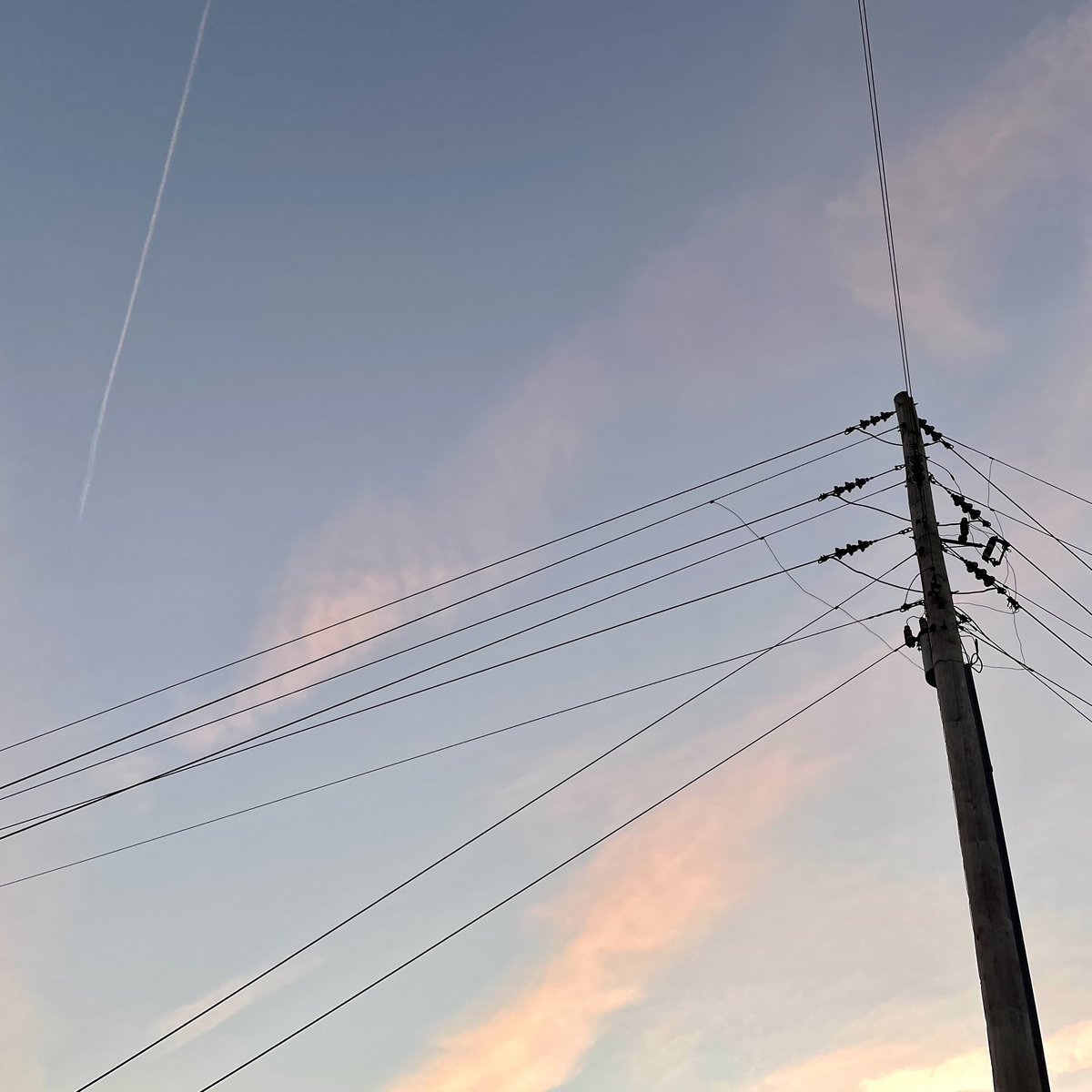 My Big Breakheaven is a void between load screens

today's track is a recording of my girlfriend's grandma's piano on the last day we stayed in her house, a little guitar amp going in the corner and patio door wide open

i unfortunately have to tell you that the incredible new year's eve eve party I mentioned a few weeks ago has been cancelled - - perhaps that is no surprise, but i was looking forward to dancing with some of you so, so badly

but i thank you so sincerely for sticking with this thursday project. if i'm not mistaken, this is the 52nd-straight installment of my big break this year, tens of thousands of words and hours and hours of music. it has continued to give me some much needed structure, purpose, and points of possible connection and i hope it gives you occasional serenity or a moment of peaceful pause or maybe a chuckle or two. let's keep it going in a happier and deeper new year, eh?

Two young kids, a brother and a sister, want to be lifted up to touch the bell. It is just before dusk and they are being shown the various smells of a winter garden under a watermelon-pink almost sunset. They hear the bell ringing, rounded clapper against smoothed iron alloy, a sharp clang that hangs in the air, a suspended wave of sounds echoing off the shedding pines. Lifted up to the post one at a time they scrunch their little arm muscles and the sound goes round and round, delight. Why is there a bell, the older one asks. It's for calling people to supper, he's told. Where did it come from, the older one asks. Well, it belonged to your great grandparents who used to farm here, they had to call the people in from the fields and back then they didn't have phones or electricity, you had to listen for the bell. The oldest considers his great grandparents, these nesting parents, these many branching trees, and then he asks, did they ever die?

There has been a marked return to virtual reality. Last winter it was the nearly one thing keeping us sane - kicking and punching and working up a sweat in a holographic training gym gave us just enough simulated endorphins to make it through another day of foul weather and pestilence. For a time we did the actual - laps around the track behind the ice rink, walks in the graveyard, endless miles on the bank of treadmills in the fitness center on top of the hill. But now we have once again been driven back indoors, and more lately we have been sleeping in less familiar homes with no sidewalks to jog on or precious breakable objects in every periphery. So we slip on the helmet and grip the little controllers and spend a few minutes in a digital trick, a surprisingly effective placebo world made of polygons, streamed from the internet. And it works, I for one am unbelievably sweaty after just a few rounds of punching to the music. But there's this thing that happens every so often, because the simulation has to arrive. It has to be booted up and selected and downloaded and the process is not seamless, not at all. Menus and loading screens and sophisticated technology that's still a little clunky on the smaller scale. So sometimes you'll be stuck between things, you'll have left one simulacrum and have yet to arrive in another and all around you will be black, nothingness, as if you have taken the void and strapped it directly to your face. And in this moment of anticipation before the trick starts up again you are still not fully in the real, physical world - though you may be standing in the living room, you feel suspended, disconnected, maybe a little terrified. The young bellringer, stuck between digital realms, cried with increasing alarm that he could see only black, he could see only black.

Stuck between holograms, waiting for a new reality to download, suspended in a void before another and equally artificial world can begin again. Do you see where I'm going with this? Way too apt of a metaphor in this third wild wave, in this moment of holding our breath and hoping the year ends without further incident, in these days of not really working but not really resting sleeping on lumpy, unfamiliar mattresses. Really want to rip off the headset entirely and run screaming into the road.

In heaven there is no internet. Or better yet in heaven you can use the internet if you want but absolutely nothing on it is an advertisement, and there's no such thing as notifications. Information is not promoted or sorted by algorithms and most of what you see is kind of boring - nothing up there is trying to get you all riled up, there are no analytics acting on your baser emotional impulses. No one's brain is getting scrambled up there by conspiracy theories posted by unhinged uncles.

One year at church summer camp I had a late night conversation with one of the counselors. I admired him terribly - I had been hearing for years about his bravery as a warrior for christ, doing mission work in China where it could certainly get him executed by the state. I asked him what he thought heaven was like, were there roads of gold, never-ending ice cream sundaes, sunshine everyday? And he said no, nothing is sweeter than the simple presence of the creator. In heaven we merely exist within Him. And I think the opposite is true, now, for the holographic omnipresence we all carry around in our pockets - heaven is a void between load screens, a black cavern with no usable wifi, a place, separate, quiet, and forever undownloaded and notonline.

(The black void: stoned out of our gourds watching Pee Wee's Big Adventure. In a desert canyon, abandoned on the side of the road, everything darkens around Pee Wee. All is nothing, a night so unending that his eyes become hand-animated, a simulation of vision. He chuckles to himself, his voice recorded in a dry room, no actual to reverberate against. He lights a match, the spark of creation, and suddenly the blackened void is full of terrifying, taxidermies desert predators baring their fangs. Pee Wee blows out the match and the message clear - we must choose the unknowing safety of the void, at least until the ghost of a trucker arrives).

And then there is this: what room-beyond-the-room will we be standing in when this program of existence comes to a halt, when the headset runs out of batteries? Will we know who we are, will we recognize our extremities? What is of the actual? And how deep down do the nested simulations run? And who will ring the bell, calling us in for supper?

And what about you? Who is running your simulation? What is happening in your heaven? Are you ringing the bell?

You just read issue #100 of My Big Break. You can also browse the full archives of this newsletter.