full of knives and ready to pop

My Big Breakfull of knives and ready to pop 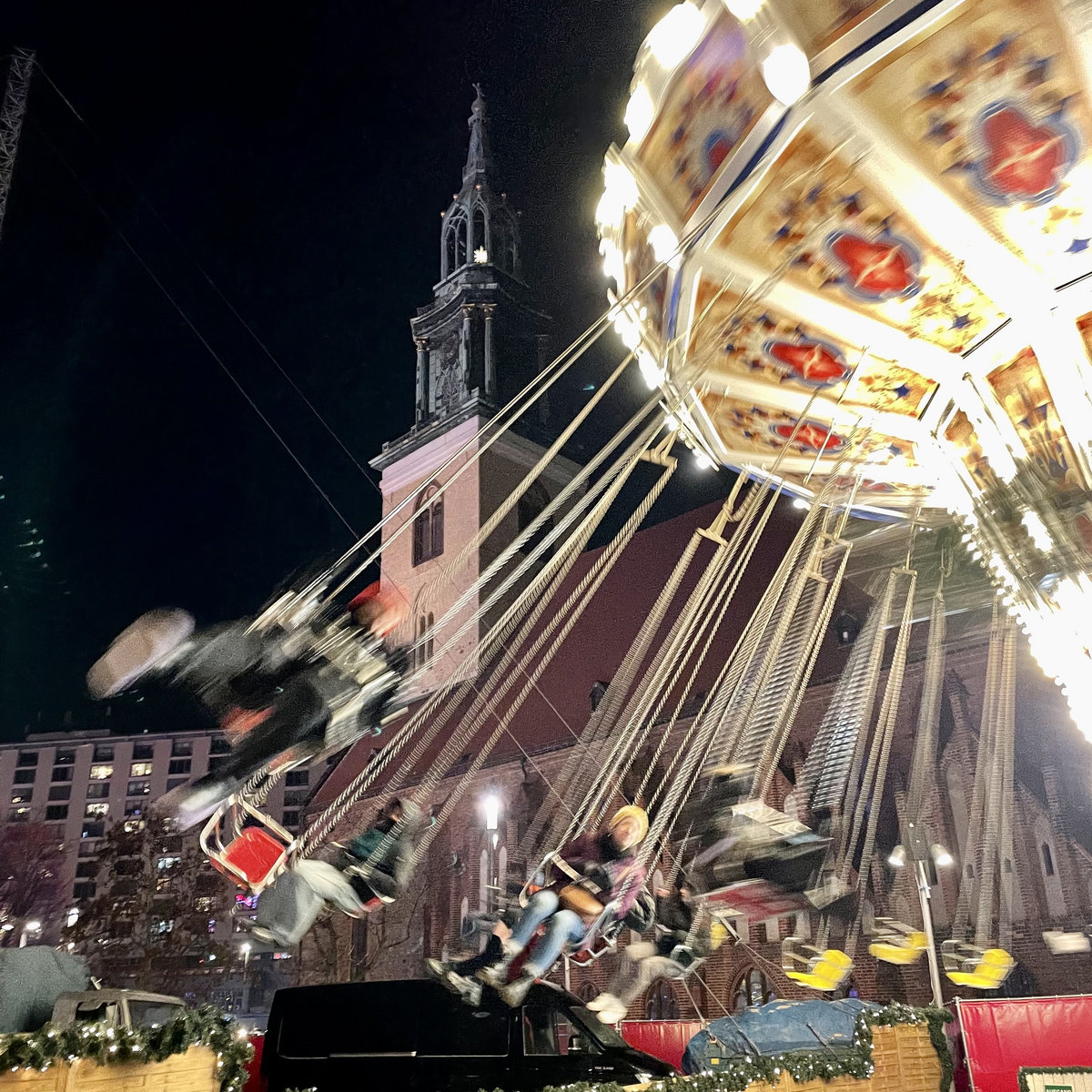 today's track is a sick ass collab with john thayer, a talented engineer and all around musician whose work with dave lackner I really admire - john and I met when I ran sound a few months back for lea thomas, who also rocks. john and I ripped a bit in their home last week and he artfully put together this field-recording-and-lap-steel zoner, hope you enjoy ~

tomorrow night (friday) I'm playing an intimate and sorta peculiar gig at a studio apartment in the ditmas park neighborhood of brooklyn - jordan michael, the famous DIY promoter, seems concerned that everyone is gonna fit, but I think we're gonna squeeze in there just fine - - message me if you'd like to join, here's a goofy flyer I whipped up:

The first time I went to Germany was the summer of 2006, right after I graduated high school. My brother and my now sister-in-law spent the previous nine months in Heidelberg and I had a freshly pierced nostril and the chance to go stay with them for a month or so, my first trip abroad. When I finally, halfway miraculously arrived at the proper Bahnhof as a disoriented 17-year-old, my brother met me outside the station with a borrowed beater of a granny bike, which groaned and squeaked and finally threw me off halfway to their student apartment. My brother - also raised in a household that taught us to prioritize getting the best deal on any purchase - figured out that we could scam our way into unlimited railway passes via a World Cup promotion, as Germany hosted the globe's most important soccer tournament that year. We choo choo'd all around, sleeping in dozens of hostels and savoring ice cream and diet coke in the shade almost every afternoon. We got shitfaced at a traditional German brewery and nearly pissed ourselves trying to walk back to the train. In Berlin my brother got a tattoo, I bought a melodica, and we went to a punk show in a bombed-out building where everyone seemed to play the accordion. We crossed one border to watch the first day of the Tour de France time trials and drink wine in an alleyway, then we crossed another border to get high out of our minds and sleep on a houseboat. We walked constantly and smartphones were not yet invented, thank god the family I was visiting spoke German. We drank beer constantly and absinthe on one occasion, we watched the World Cup games projected onto giant outdoor screens, everybody screaming. In the suburbs outside of Munich our friend's girlfriend found a baby hedgehog in the street and told us all about working as a sex phone hotline operator, the next day we played strip foosball with our friend's boss, him drunkenly screaming along the lyrics to Prince songs. I checked my email constantly, whenever a computer opened up, felt weird to be so far away from Orange County, California.

In 2021 during a residency in Denmark I made a brief visit to Germany to meet up with my friend who had invited me to see a theater performance. I had not been back to Deutschland in fifteen years, and either because of the wildly high production value of the show or the long, surreal cast party afterwards, I'm having trouble relating what that one night there was like: an olympic diving pool filled with fog, every surface covered in white fabric, a burning branch falling (as if Satan cast out from Heaven), lithe and writhing hotties in matching motorcycle gear, then dancing on tabletops, a transit strike, Beethoven's face plastered absolutely everywhere.

No, I think it's fair to say that it took me sixteen years to return to Germany and, appropriately enough, when I did so it was in order to meet up with my brother, my sister-in-law, and the world's most perfect niece. My partner had a big sculpture show opening in Vienna, my sister-in-law had a unquenchable thirst for the region's preposterously charming Christmas markets, so we orchestrated an improbable assembly outside the famous Neptune statue in Mitte. Our train journey there felt like a heroic task - we departed Austria at an ungodly early hour and spent a good chunk of our day stopped dead and delayed in the frozen countryside, long enough that they let people off to go smoke among the snowy tracks in the middle of nowhere, we hustled to catch our connecting train - but when we finally got settled in our hotel room the idea of intercontinental hugs, a hot, alcoholic beverage and a preposterously long and mustardy sausage renewed us and carried us back out into the sharply cold night, nearly painful as I had somehow forgotten my long johns at home.

We could see the towering, seasonal Ferris wheel from a few blocks away (particularly weird because we had just learned that Ferris is a famous alumnus of the college up the hill from our apartment in Troy) and as we grew closer the distinct sound of the market grew to a roar: recordings of songs filled with jingling bells, the sizzle of grills and chestnut roasting devices, the edgy, eager screams of joyful children, convivial chatting in a language we didn't understand. Isn't always just such an exciting thrill to meet up with someone in a foreign country? Looking back at the photos we took all together right after we affectionately grappled and shouted, I don't think I've ever seen my brother smile more widely.

Germany this time around: incredible hotel breakfast, cards in the lobby, walking all day, constantly confusing the U-Bahn and the S-Bahn, our friend's baby babbling in four languages, everyone with their audio guide headsets at the contemporary art museum, racing my niece at full speed through the streets after dinner, she kept calling my girlfriend "mom," 90 minutes of clubbing and secondhand smoke on our last night in town, we all went to the circus together and clapped, clapped, clapped along.

Naturally things had changed tremendously in nearly two decades. My brother no longer drinks, for one thing, but I hardly ever drink either, so that wasn't particularly earth shattering. Berlin seemed different - relaxed, occasionally edgy, but a remarkably orderly city that made America seem toxic and volatile, full of knives and ready to pop. I remember Berlin being pretty scuzzy and a little threatening, but those are the memories of an American minor, maybe it was always basically cute and nice after having emerged from the Cold War. In fact, the strangest thing was that my brother and my sister-in-law looked and also behaved remarkably like themselves, which was also the observation I kept making after they had a kid. I couldn't believe that neither 16 years nor the birth of their child turned them into brand new people. I still recognized them immediately and they saw me, too, regardless, all of our faces red in the cold.

But what about you? Are you smiling widely? Where were you sixteen years ago? Are you still recognizable?

You just read issue #149 of My Big Break. You can also browse the full archives of this newsletter.