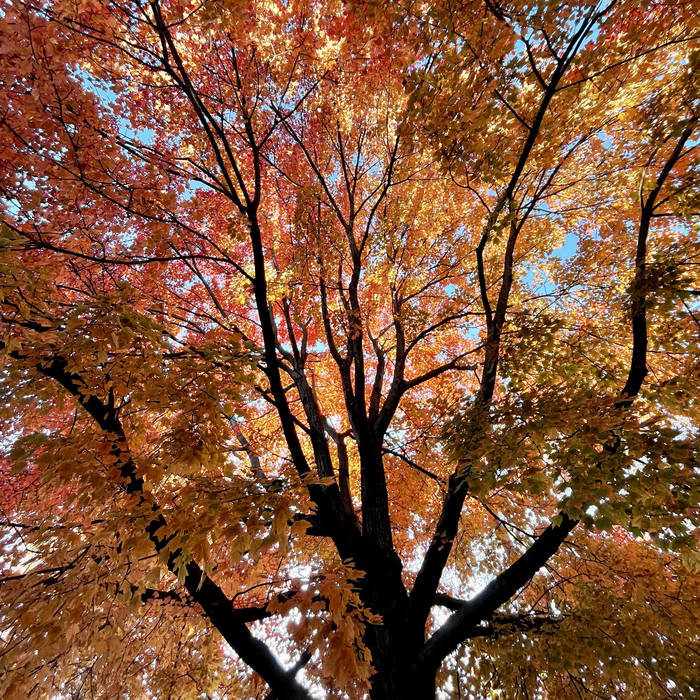 My Big Breakfeels like my house suddenly has walls

I recently contributed a track to this excellent neil young cover compilation benefitting the free food fridge albany - - my version of "fuckin' up" is definitely one way of playing that song:

I also have the bandwidth for a few more personal tone zones, too, but act fast because, well, I'm a little overwhelmed with them - - but I really enjoyed working on one with the simple prompt of "DOLPHINS" today. You can get one here (or just email me, whatever works).

Alone in my apartment for the night in as long as I can remember. For a few nights, actually, and already I've noticed a change. There's less anticipatory energy in the room, I can feel the hot, wet air of the radiators swirling as the cold, snowy air gets in from outside, so vividly I could draft it on a map. I'm noticing things, too, like just how many books and magazines are haphazardly stacked on the coffee table next to me - so this is how we've been spending our time. The refrigerator hums at an observable level and the melted, icy asphalt where the freeway offramp turns into a city street just outside our house is much louder than usual - trucks kicking up road salt, white noise whooshing.

The question I've been looking at for a long while is this: how does one fill the time?

Never once did I think about it in my old life. For years I was maxed out, overclocked, squeezing in about eighty percent of what needed to get done in a given day if I was lucky. I held down multiple jobs and gigged or rehearsed at least a couple of times a week, sometimes out of town. I was always going somewhere, always in transit and frequently unexpectedly stuck, like when we got locked out of Nico's truck on the way back from the recording studio. I was never home. I was always watching other people play music, or out dancing, losing my mind and watching the sun rise. There were always other people around and I was never home, or if I was home I was throwing a show in my living room. I spent at least a year of my life on the treadmill. I was always trying to do two or three things at once. And for years I fell asleep within 90 seconds of laying my head on my pillow - constant exhaustion, renting my body on borrowed rest.

My life is not like that now. Most days for the last year or so I've had what I can only describe as more free time than I know what to do with. There have been busy days, sure, and work to do, as well. I have done and learned a lot. But regardless of how much music I make, or work I pick up in a week, or how many gigs out of town I schedule, there's still an hour or two of the day when I'm at a loss. I stop whatever I'm doing and wonder instead what it is I'm doing. And though sometimes the stillness makes me want to run screaming out the door I have been trying to sit in it. When that eerie, floating moment bubbles up I try to think about it - I'll drink a cup of coffee in silence and try to decide what exactly is the best use of my time. Often I'll call a friend just to chat. Sometimes I'll tidy up, fold laundry, empty the dishwasher. I love to feel like I've accomplished something, although I often don't give myself credit for everything I do in a day. And lately I've gotten the feeling that this aimlessness is a reaping - not allowing myself peace has come to fruition. I'm paying interest on never stopping.

I walked in the shadow of my old life this past weekend - on Friday I drove to rehearsal and then I hauled ass into Brooklyn to go dancing until well past 5am. And the following day I played a gig in a favorite spot that has recently reopened, what a blessing. But there was a long period of time between sleeping on my friend's couch and sound check when, again, I didn't know what to do with myself. Nothing seemed particularly pressing or urgent or necessary. I thought about calling a friend, making plans, outlining my old life's shadow on the sidewalk. But instead I walked through my old neighborhood, and then I watched ice skaters whirlpool in the rink. I tried to love nothing in particular.

My long era of not knowing what to do with myself might soon be coming to a close, though. I recently took a low-key job as a bartender at a new music venue in town and though it's only two days a week the fact that I'm regularly expected to be somewhere at an appointed time feels profound, a little bit like being thrown a life preserver. As does the opportunity to meet and interact with a whole bunch of new people - I've only worked one training shift so far but I have already seen deep into the psyche and relationships of a handful of humans. There are still a lot of hours in the day I'll have to account for, but Thursdays and Saturdays are locked in. It feels like my house suddenly has walls.

And my Thursday mornings have been appointed for years now, thanks to this space that you've given me. Maybe that's why I'm so obsessive about meeting this arbitrary weekly deadline - it's a definitive something to accomplish. Leading up to a Thursday, I have given myself a hurdle to leap over, however ungracefully. The time I spend working on this music each week can be extremely rewarding and the exercise of getting something out in words is sometimes tremendously helpful.

Which is all well and good, we're all built different, and though I've tried valiantly to deny it I am blessed with my dad's family's penchant for spreadsheets, regular exercise, and unbreakable routines. But I do wish that I could savor the lack more, especially because it won't last forever. I will eventually miss this period of frequent solitary idleness. Maybe I should do nothing harder, stop my work entirely, see just how languorous I can really get. Or better yet, I'll do what I nearly always decide to do - I'll change my scene and walk around, no goal but the movement.

But what about you? How do you fill your time? What do you do when there is nothing in particular to do? Do you like to go for walks?

You just read issue #97 of My Big Break. You can also browse the full archives of this newsletter.