boy do I have the spirit

My Big Breakboy do I have the spirit 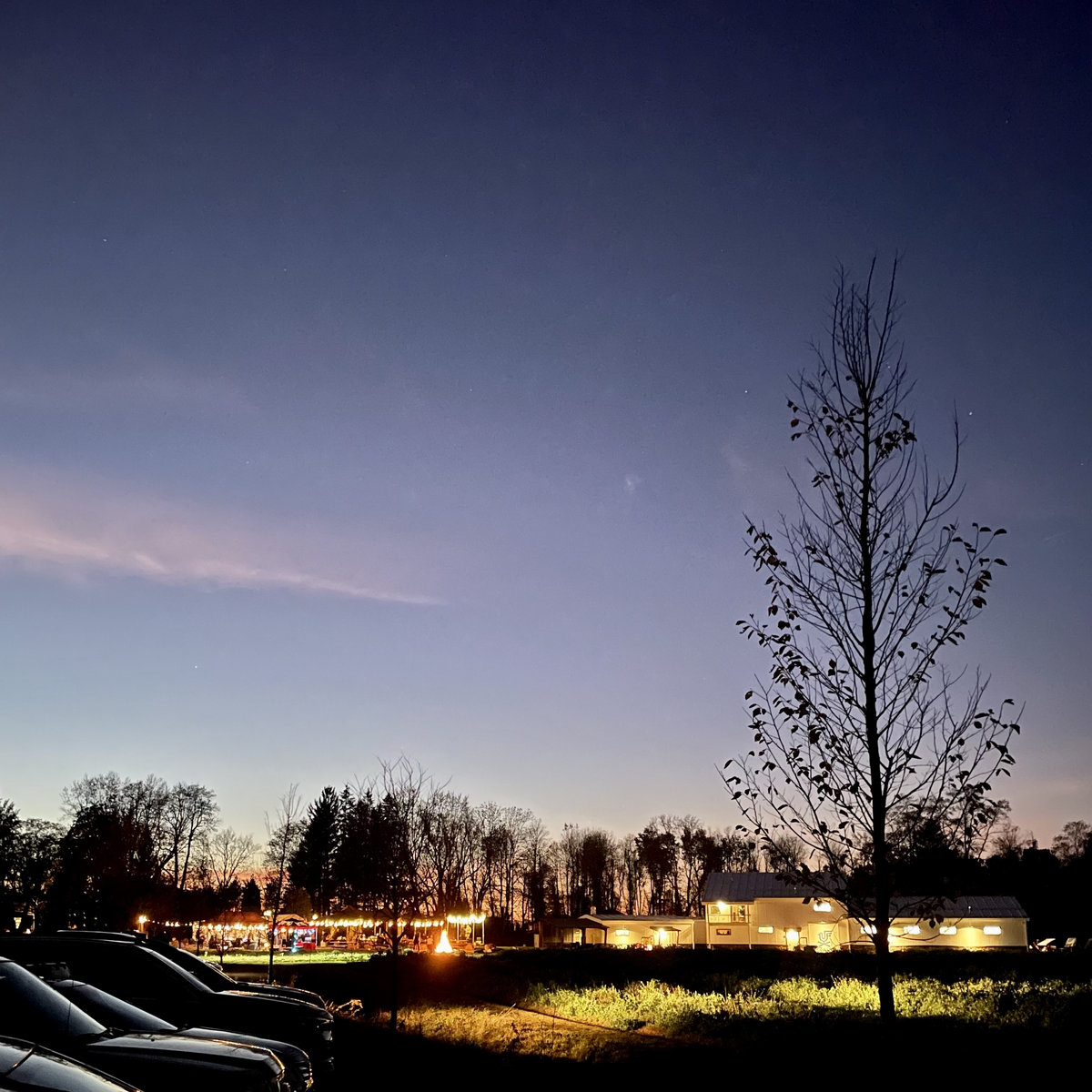 today's track is a giant stack of singing and loops once again run through an aging tape machine, quite crispy

tomorrow is once again bandcamp friday - naturally I have more traditional tunes on offer but I'd like to remind you about personal tone zones, totally one-of-a-kind recorded music pieces that last year a lot of people enjoyed commissioning as gifts. you can get one here and friday would be a great day to do it!

also - - gonna be ripping a "sandhills music" type set at tubby's in kingston on saturday:

I felt called on by a higher being.

I am a radiant creature of light and love.

These were the texts I sent the morning after.

The repurposed church house where the party took place vibrates with an observable frequency, and something about its accessible-yet-remote location in the woods just off of the highway encourages folks to slither out of their self-consciousness and party the fuck down. People get wild there. There's something supernatural about it, maybe a little haunted, and its various stairways and lofts all face inward to a tall-ceilinged area, used in equal measure for absurdly long dining tables and as a vivid dance floor. It's also just extraordinarily lovely and our friend who lives there keeps it filled to bursting with produce grown, dried, or jarred from her sprawling, almost decadent garden. It is a place of great abundance - colorful vegetables leap out of the ground and onto your plate and it is so frictionless, so simple to have a great time there.

On Saturday the abundance reached absurd heights as beautiful people from all over filled the space. This is an arty, outgoing crowd, so a lot of energy went into costuming - fishnets, rhinestones, headdresses, mushroom hats, eyeshadow, an outfit made of lacquered compost, glitter, an entire 3D-printed screwdriver helmet. There was a walking Mondrian painting and a chihuahua mix pawing around dressed as a spider, lots of friends so made up I didn't recognize them. The devil sang with a full band.

The party was in full swing by the time I arrived from another gig and, since I was running late, I hurried to get my folding table and my LPs inside. Before I even crossed the threshold I was besotted, greeted and embraced by the benevolent ghosts and shining goblins of the night, some of them sitting around a roaring fire. It was overwhelming - I couldn't finish one hello without starting another - but I got my things inside with some effort, lifting a suitcase full of gear over the heads of the revelers standing on every available surface waiting to watch the band play. Legs dangled from the stairs and lofts overhead as they kicked into their first number and I furtively plugged in my turntable, full of anticipation. They closed the set with a cover of "the Monster Mash."

And then suddenly before I really grasped what was happening I was dropping the needle on Tatsuro Yamashita's "Sparkle," an undeniable, rubbery city pop banger that opens with aggressively sunny fanfare. It's a song that I put on often in the morning when I want to shake off the dust of sleep - it gives me a feeling of being convinced very gently into gear, albeit with some overly polished crooning. And almost immediately I had the very distinct impression that I had shown this intimidatingly large crowd of cool people a deep, never-having-seen-the-light part of my experience of life. I knew that I loved the songs that I had picked out and that, regardless of what anybody else felt, I would have a good time hearing them loud and in a room. But so much of my music listening is done in isolation. It's done in headphones, or in my car while I'm driving to a gig. It's done while I write, often. It's done while I walk around town, sometimes as a way of keeping me isolated - if I have my big headphones on people are less likely to approach me on the street. And here I was blasting songs from my personal LP collection, here I was pulling songs from my various holy workout playlists. Music that I love, music that serves often and effectively as my close companion, music that I hold dear.

And though the revealing of what feels like such an important part of my life and personality certainly holds some risk of rejection - how would it have felt if the room had cleared out? - I suffered no such fate on Saturday. The room was certainly prepped - it's probably true that anyone with the aux cord and a prepared playlist could have also killed at what was already a legendary party - but please believe me when I say that I was having the time of my life out loud. And it's these two elements - the fountain of joy I was swimming in and letting the dance floor into the secret chamber of my heart where Grace Jones and Prince live - that made it a good time. I kept running out from behind the booth to dance with the others and abusing my microphone privilege ("somebody fucking SCREAM!"). At one point a friend texted me to see if shit was still going down. I paused the track and asked the audience, hey, should my buddy come to this party right now? They shouted a church-rattling YESSSSSSS into my phone. Not long after a wizard walked through the front door. I also kept bumping the goddamn turntable and making the records skip - I don't claim to be a skilled DJ, only a spirited one. But boy do I have the spirit.

What was proposed to be a forty minute set turned into one that lasted longer than three hours - I simply never found an offramp when it felt like it was safe to stop, and so the music kept coming. Requests were fulfilled. Things were streamed off of YouTube. At one point, desperate for calories, I shoved the last baked potato from the potluck table into the dregs of a container of hummus. Grease on the turntable but it did the trick! And the party continued. Near the end of it the few hardcore dancers left started rolling around on the floor, happy and exhausted, our backs cracking against the spongy antique floorboards. And when I finally ran out of steam my friend gave me the following: a warmed up bowl of chili, a sack of radishes, a lavish plate of pasta stuffed with garlic from the garden. We unrolled our foldable mattress and slept right on the dance floor, ghosts of the party swirling overhead.

But what about you? What chambers of your heart are open to the public? Who is handing you a sack of radishes before bed? Where is the abundance?

You just read issue #142 of My Big Break. You can also browse the full archives of this newsletter.