a clear and common miracle 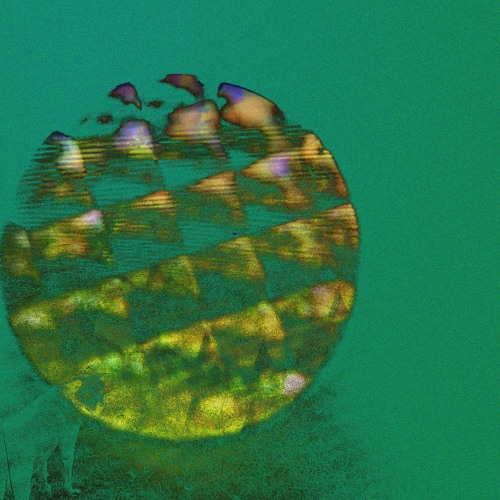 A clear and common miracle that alloyed metal, formed into hollow tubes, can be then cut into various pythagorean lengths, ratios and measurements, then suspended from a shared frame with a wooden dis

today's email is the 4th installment of "sandhills music," commissioned by Tiny Showcase. the whole project - including another 28 minutes of music - comes out on Tuesday in a beautiful cassette tape edition and streaming online ~ stay tuned ~ ~ ~

A clear and common miracle that alloyed metal, formed into hollow tubes, can be then cut into various pythagorean lengths, ratios and measurements, then suspended from a shared frame with a wooden disc at the center. And then, hung strategically from a beam on the front porch, these interrelated lengths of pipe can catch wind and make it sing.

Two hollow lengths of the same type of alloyed metal will each create an identical tone. Two hollow lengths, one half the length of the other, will produce frequencies of a two-to-one nature, known in western music theory as an octave - in other words, the same note in a different register. Other mathematical relationships determine the other intervals - for instance, a second length of alloyed metal in a three-to-two ratio creates a perfect fifth, and a five-to-four ratio creates a major third. Measurable, structured harmony that to ears accustomed to hymns, string quartets, and american top 40 radio sounds wonderful, beautiful.

But perfectly measurable, mathematical music can't be said to actually exist, and if there were such a thing as objectively smooth, immaculate music, it would probably be boring, devoid of any surface. There are imperfections in the manufacturing of the chimes, for instance, that slightly alter the sound of each individual note. And if the wind picks up enough, the wood will strike the metal such that the chime bends, altering the sound. And then there is the movement of the chimes themselves, a slight doppler effect that stretches the resulting sound waves as they sway. And then there are the overtones, a whole ever-rising stack of them - the frequencies above what we call the note that determine an instrument’s timbre. Have you ever heard an actual church bell ringing out on a quiet morning? Often there is a noticeable minor chord that hangs in the air long after the original clang has dissipated, a mournful stack of frequencies inherent to the sound of struck metal.

In denmark last year I visited an enormous solitary chime suspended from the ceiling of a beautiful public library overlooking the bay of aarhus. "the gong,” created by the artist kirstine roepstorff, rings out every time a baby is born at the local hospital. I wanted to hear it. I wanted the arrival of new life to be deafening and overwhelming. I wanted the comically large chime to be shushed by a librarian. But on a few days of subsequent visits I never got to hear it - I thought about hitting it with a sledgehammer, instead I sat in the tower of its silence, watching container ships on the horizon.

And then - how funny - I remembered how the mall I used to hang out at when I was in middle school (hilariously named fashion island) claimed at one point to hold the world's largest set of wind chimes. An entire wall of them next to a department store facade, demurely obscured by bronze covers in the shape of bells to keep their tinkling to an acceptable shopping volume. They took the wind and the wonder out of them.

Wind chimes are the clarion of air circulating, of cycles, of phenomena, of the Earth hurtling and spinning. You couldn't accurately simulate the stochastic rhythms of a set of wind chimes if you tried (I have tried). Every time a bell rings an angel takes flight, or a newborn arrives in denmark, or a sale is made, they ring it up. These particular chimes - recorded, splashed on cassette tape, and re-sampled into a digital keyboard - indicate one thing more: that one heavy afternoon, while visiting my girlfriend's parents, a storm rolled in and the wind picked up, fat teardrops splashing in the sandy loam.

(but what about you? what tones are you hearing? are the chimes ringing out? what miracles are you experiencing right this moment?)

You just read issue #132 of My Big Break. You can also browse the full archives of this newsletter.